Sunday, April 22, 2018, at the Orpheum Theatre in downtown Los Angeles, Johnny was presented with the award for Best Parlour Magician at the Magic Castle in Hollywood by the Academy of Magical Arts for the second time! 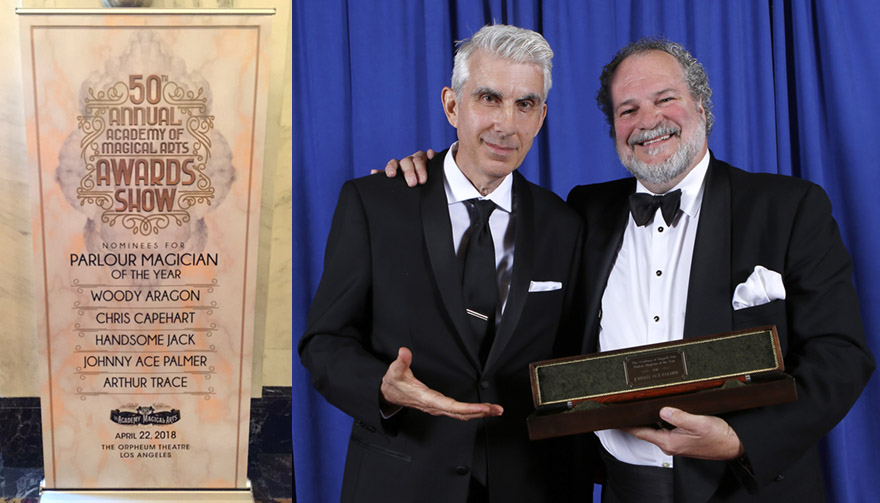 If the hand of the gentleman above standing next to Johnny looks eerily familiar, it’s because he’s former Stage Magician of the Year, Christopher Hart, whose talents gave life to Thing in the Addams Family movies!!